This is a place for a relaxation, a reflection and an inspiration. Spending time in a space of a beauty is a great gift – and we give it to you! How many places are able to make you to be yourself, to detach yourself from the world out and to enjoy of the view, of the harmony you feel right here?! And to forget how the time goes…

The old Lankova traditional Bulgarian two-storey house – built at the end of the 19th century by Lalyu Lankov /1860-1914/, migrated here from the Gabrovo village of Todorcheta, a volunteer from the Shipka epic of Russian-Turkish War of Liberation 1877-1878. It have been also the birth home of his sons: the poet Nikola Lankov (1902-1965) as well as Ivan Lankov /1894-1958/, a participant in the First World War 1914-1918 from known for his fighting glory 23rd Infantry Shipka Regiment.

The house is restored in its authentic form in 2018-2019, following the Renaissance to remain in it – with all its signs – the inimitable Renaissance atmosphere of wooden beams and gates, wood carvings, traditional hearths /odjak/ and the arrangement of the rooms. The house is transformed into an ethnographic complex with thematic expositions in each of the rooms. 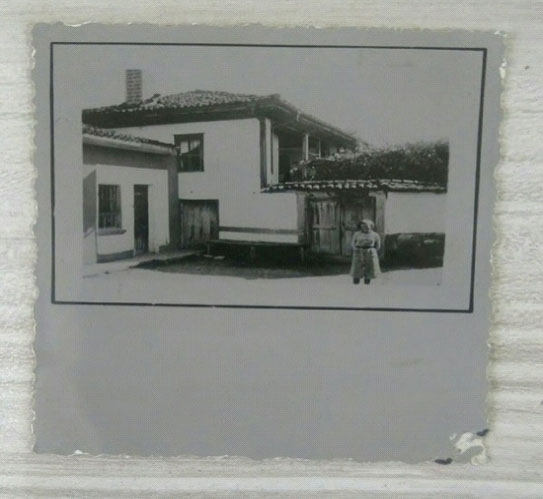 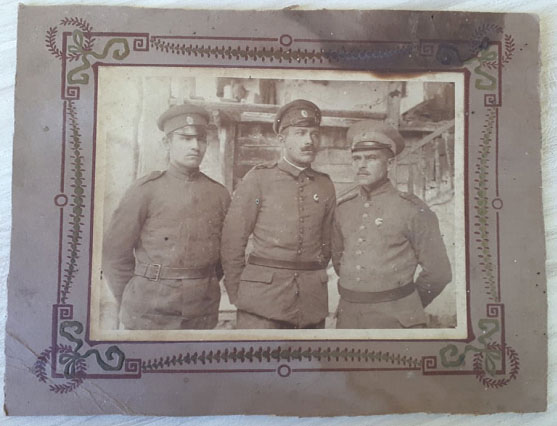 The upper floor of the house consists of a large entrance area (kyoshk, jamlak) and 5 rooms with a typical 19th century ordinance. There are authentic collections in the space of the rooms – of the Lankovs family, combined with the history of the village Golyamo Dryanovo, reflected in rich photo material from the end of the 19th and the beginning of the 20th century, as well as ethnographic selections – rural and urban life. A large part of the collection is donated by the heirs of Ivan and Nikola Lankovi and consist of photographic, documentary and subject artifacts.

There are authentic ethnographic collections in the rooms with an emphasis on the Bulgarian national embroderies and symbolizing ornaments in them. The authentic Bulgarian folk costumes are for the most part provided by the descendants of Dora Lankova, who has had a shop for the Bulgarian Folk embroderies in the 1930s in Sofia.

There is a makeshift chapel in the sixth room with carved and painted icons and a corner where everybody may stay and to pray. 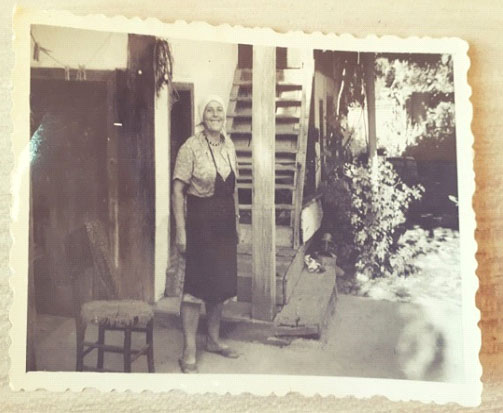 The main thing which guides the team created this gift is what we do, why we do it and for whom! All collected artifacts, historical documents and pictures, authentic samples from the village, from Kazanlak region and all over Bulgaria are brought to the attention of visitors from all ages, sex, ethnic and religious affiliation.

“Time has a nib, it write everything on people’s faces, on rocks, on tree bark, records events and events without exaggeration, it records the truth itself. Those who can read the handwriting of the time can unravel many secrets of the nature.”

For the first time, the village of Golyamo Dryanovo is mentioned in the Turkish registers since the 15th century under the name Bicarelli /, later in 1676 as Bicareli and in the 18th century – Bicharlii. It means: reaping, mowing meadow. Another task with the Bulgarians begins to be said BICHERLI. It was renamed Golyamo Dryanovo in 1906. Some of the Bulgarian families, who came to the village of Bicherlii and transmission the further bulgarian appearance in the village, are the Bazyrgyans and Maleshkovs families. They came from the villages of the Gabrovo region – Todorcheta, Green Tree, Toplesh, Yellow, Draganchetta … in the middle of the 19th century, settled down here, built houses, created children, settled the village.

The childhood of Lalyu Lankov in the Gabrovo village of Todorcheta was extremely poor – he worked for the rich farmers /chorbadzhiya/ without salary, and then his father went him to Gabrovo to study the craft. It was not until the age of 15 that he began to receive salary from his master, but soon a low salary becomes a reason for the next separation between him and the chorbadzhiya, he leaves him and go to look for a luck for himself. He goes to the town of Svishtov, where something happens that changes his life.

Here, Lalyu meets the Russian Liberation Forces, learns about the army of volunteers and enrolls in it – on August 7, 1877, see him already listed in the list of 2nd Company by Gen. Mirski’s 9th Group. He spends his entire winter with his company in the village of Selce – in the snow up to his knees, snowstorms, soldier on point duty. Here he gets frostbite on his limbs, which has a serious impact on his health. He participated in the battle for the seizure of the Sheynovo fortified camp of the Turks. After this bloody battle, the resistance of Veisal Pasha was broken and Kazanlak was conquered. Thus, a migrant, later a inhabitant of Golyamo Dryanovo – Lalyu Lankov, contributed to the liberation of the city! On June 2, 1878, he fired from the Bulgarian volunteers with 2 medals of bravery and later donated 50 acres of arable land. In 1884 he moved here to the village of Bicherlii. He is engaged in agriculture and tavern-making, has 4 rose-gulap boilers in G. Dryanovo, has one mill of Dermen Dere/ coulee/ and open a grocery. The people of the village named him Lalyu Bakalina /The Grocery/. His marriage to Donka gives birth to 6 children – two boys and 4 girls. He died on April 28, 1914 at the age of 56. He leaves a big family, his sons are participants in the First World War, one is a famous poet; daughters and grandchildrends are teachers, lawyers, doctors, journalists.

His family name Lalyu inherits from his father Ivan, who worked for Romanian landowners and because of he was with the highest dimension of employees all people started named him LANG (from long), gradually got changes and becomes Lank, hence Lankov. 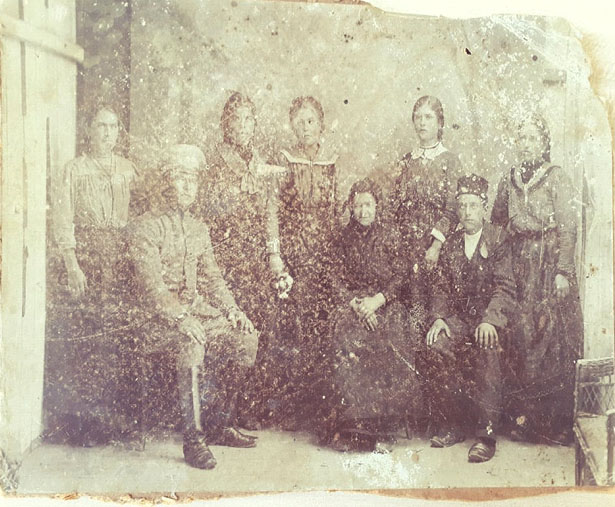 The Lankovs family, about 1917th